Apple New MacBook Pros 14 & 16 Inches Launching in March? Here is all you should know

The MacBook Pro that was released in November 2020 was M1 based and now the new models to be released will be equipped with a new M2 chip.

Both the new MacBook Pro models will offer up extraordinary performance and also the world’s best notebook display. Apple has also claimed that the new MacBook Pros will have the most powerful processors.It will be available with iOS 16.3 updates.

Apple is planning to launch many new products in March next year.

The same was also signalled by Apple CEO Tim Cook, that as they are approaching the holiday season; Apple will not make any new launches by the end of 2022. The same would be done by March next year. MacBook Ventura and iOS 16.3 updates will be part of the launch, along with the new MacBooks.

A tweet by analyst Ming-Chi Kuo also suggests that the new MacBooks will be launched in early 2023. The same has been affirmed by Bloomberg. They have also further claimed that the new laptops won’t have a new design but will include Apple’s next-generation Pro and Max chips.

As Apple is planning for many new launches, the iPad Pro may not arrive until early next year. Upgrade to Apple iPad is also being planned and as the reports suggest that a larger 16-inch iPad may be launched in the last quarter of 2023.

The display will be having the same dimensions as of MacBook Pro 16-inches. It will target the market of designers and graphic artists, who require bigger displays for their creative work. iPhone 14 Series Will Get A Special iOS 16 Update 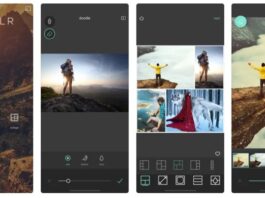