Samsung’s upcoming Galaxy Z Flip 5 Smartphone has been leaked online, and it appears to be bringing some improvements over its predecessor. According to the leak, the device will feature a larger cover display, an invisible crease, and a bigger battery.

People will be able to use it in more situations other than only receiving notifications and other items if the exterior display is made larger. The functionality of the phone will therefore be significantly enhanced.

Additionally, it is disclosed that the Galaxy Z Flip 5 will address the crease issue that has been since the device’s creation. Samsung allegedly makes the seam further smaller so that it is nearly nonexistent when the phone is folded.

A larger secondary display will be included with the Galaxy Z Flip 5, Samsung’s newest clamshell folding phone. It could be raised to about 3.inch, which would be about double the size currently provided. The Galaxy Z Flip 4 has a 1.9-inch outside display, for those of you who don’t know.

The Snapdragon 8 Gen 2 chipset is anticipated to power the Galaxy S23 series as well as the Galaxy Z Flip 5 and potentially the Galaxy Z Fold 5. Samsung may improve the battery, camera, and display on its foldable phones in 2023. Though nothing is accessible at the time, we might see some design improvements.

In addition, the Galaxy Z Flip 5’s battery may be larger than the 3700mAh cell in the Flip 4’s model. 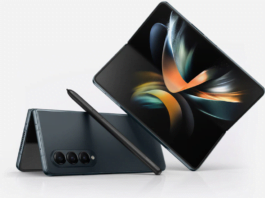 Samsung Galaxy A14 Battery And Camera Lens LEAKED Before Launch